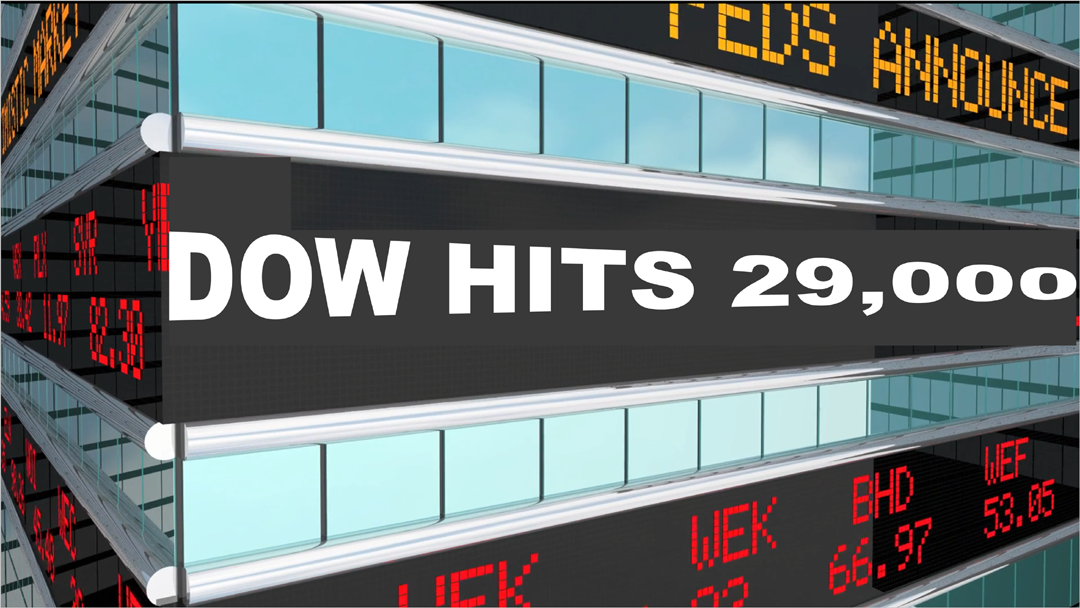 The Dow Jones Industrial Average shot beyond the 29,000 mark for the first time ever on Friday, but it retreated slightly by the close. More importantly, new figures indicate the economy is growing steadily.

The economy created 145,000 new jobs in December and the unemployment rate remained at 3.5%, according to new figures released on Friday morning by the Bureau of Labor Statistics. Unemployment is at a 50-year low and the job-creation figure was slightly lower than expected, but fairly strong.

Earlier in the week, the Institute of Supply Management reported that the 88% of the economy outside of the manufacturing sector was performing slightly stronger than expected. The monthly survey of purchasing managers at non-manufacturing companies by ISM corresponds with an expected rate of U.S. economic growth of 2.2%, which is slightly stronger than the recent consensus forecast of economists surveyed by The Wall Street Journal.

To Read the Full Story, Subscribe or Sign In
This article was written by a professional financial journalist for Meg Green & Associates. and is not intended as legal or investment advice.

2017 Year End Highlights
As another year comes to a close, thank you to all of our clients and friends fo...
Read More